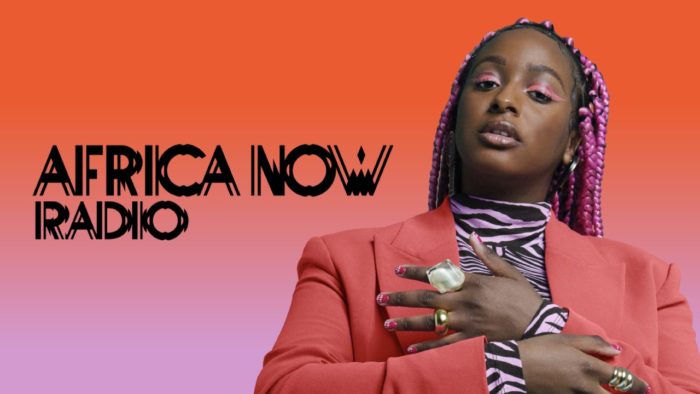 Tune in to the first episode this Sunday, May 31st at 2pm Lagos / 6am LA / 9am NYC only on Apple Music

Apple Music today announced its new show Africa Now Radio with Cuppy, host of the show and Nigerian-born DJ and curator. Africa Now Radio with Cuppy, based on the recently launched Africa Now playlist will showcase the latest African sounds, be it amapiano, afrobeats, highlife, alte, house, hip-hop, afrobongo, or kuduro. Listeners will hear the latest and greatest African artists and new forms of African popular music which fuse traditional and contemporary sensibilities, morphing into hybridized sonic fragments connecting all corners of Africa.

“With a DJ background, I’m excited not only to play music but showcase the vast array of talented artists cultivating the music scene on the continent!” said Apple Music host Cuppy. “There are so many rich textures and sounds in Africa and the time is now for the world to embrace our diversity. Each and every week I’ll be bringing a dynamic guide to discovering and celebrating the biggest and best sounds from across Africa, the Motherland. It will be entertainment at its best, Cuppy style!”

On the debut episode, Nigerian Producer Kiddominant – known for producing African hits such as Davido’s “Fall” and AKA’s “Fela In Versace” – joins Cuppy via FaceTime. He tells Apple Music about his new single  ‘eWallet’ featuring South African superstar rapper Cassper Nyovest and taken from his forthcoming debut album due for release in the second half of 2020. South African actress and ‘Queen Sono’ lead character Pearl Thusi calls in to share her favorite African proverb and current favorite African song.

Cuppy plays the best and hottest African music throughout the show and finishes off with a personalized 10-minute DJ mix of tracks from the Africa Now playlist.

Africa Now Radio with Cuppy airs weekly on Sundays. Listen to the first episode on Sunday, May 31st at 6am LA / 9am NY / 1pm Abidjan / 2pm Lagos/London / 3pm Johannesburg/Paris / 4pm Nairobi only on Apple Music at apple.co/_AfricaNow

Cuppy was born in Lagos as Florence Ifeoluwa Otedola in 1992. Moving to London at 13, while attending school, Cuppy’s parents gifted her an iPod which she filled with Nigerian music so she could always keep a part of home. Falling in love with music, she taught herself how to DJ at 16.

She has been chasing her calling ever since. She does this on the decks as a DJ, in boardrooms as a music businesswoman and even behind the mic as a producer and vocalist.

In 2014, Cuppy graduated with a degree in economics from King’s College London. She had already started DJing as a teenager and built a reputation as one of the foremost DJs in Africa when, also in 2014, Cuppy was selected as a DJ at the MTV Africa Music Awards.

That was followed by her first compilation, The House of Cuppy, where she produced house remixes of songs by leading afropop artists. Soon came The House of Cuppy II, which took on a more urban slant. Endearing her pan-African brand to the continent beyond Nigeria, Cuppy went on the 8 country Cuppy Takes Africa Tour a year later. The tour was filmed and a documentary series of the same name aired on Fox Africa.

Cuppy balanced the club and curricula effortlessly and earned a Music Business Masters Degree from New York University while interning at Jay-Z’s Roc Nation imprint in 2015.

She co-produced songs like ‘Green Light’ with artist and producer Tekno . In  2018, she collaborated with Kwesi Arthur on ‘Abena’ and the sweet single, ‘Gelato’, featuring Zlatan Ibile was released in 2019.

Her excellence transcends music. Cuppy is a Global Citizen and Save the Children ambassador and the welfare of young Africans is close to her heart. She started The Cuppy Foundation in 2018 and the Foundation’s Cuppy Gold Gala raised a record amount to help displaced children across Nigeria.

An African advocate and a stylista, this pink-haired muso believes it’s important for young people to go on the wild side and step out of the cages of their comfort.