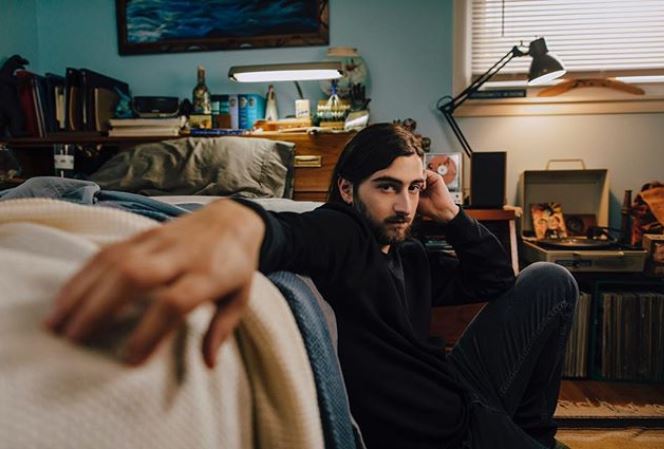 Mainstream music has become a hub of all sorts of genres of music in the present age. To be exact, predominately rap and electronic music are the main sounds of music, having an exception to pop of course.

Folk music has become an emerging genre for upcoming artists. Hozier, Vance Joy, and Maggie Rogers are some a few artists in the folk scene who have gained exposure in the past decade.  Although an artist by the name of Noah Kahan has made a name for himself internationally.

Noah Kahan was raised in Vermont, where he lived on a farm which was focused on growing trees. At the age of eight, he had started songwriting, in which he carried all the way through his childhood. The first push he made into making music was when he asked a fellow friend to help produce music with him in high school. During his journey into the music scene, he made a connection with a producer by the name of  “Joel Little” who would collaborate with Noah frequently. By the age of 20, Kahan would then sign his first deal with Republic Records.

His most notable songs are of course the viral sensation “Youngblood”, a collaboration with Julia Michaels on “Hurt Somebody” and his song “Mess” featured on his album “Busyhead”. Youngblood was released back in 2017, and one of Noah’s first tracks to gain millions of stream. Following the success of “Youngblood”, “Hurt Somebody” would chart in numerous countries reaching to top 13 in Australia. In 2019, he would officially release “Busyhead” with tracks “Mess” and “Cynic” being my personal favorites.

I personally am obsessed with the sound and compositions Noah has produced. I was lucky to stumble upon Noah’s music back in high school, where one of my best friends had played  “Youngblood” in the car during our break. His voice had caught my attention instantly, as his sound is very distinct and soothing. To continue his voice is very complementary with the use of acoustic guitars which makes a killer duo. Colton if you are reading this, thank you for showing me Noah, the man has great talents and I don’t believe he is even close to his peak.