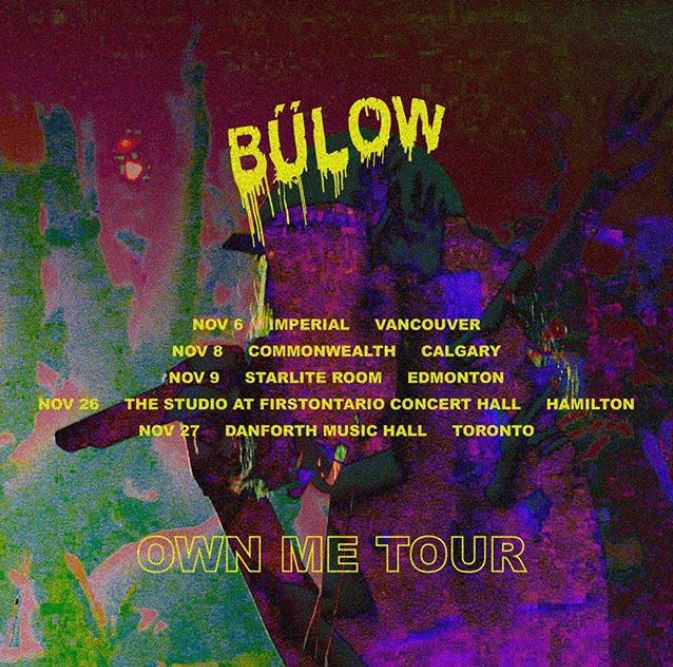 Bülow has released her new dates for her “Own Me Tour”. The 19 year- old artists, is currently living in Toronto and will be performing all over Canada. Significant dates locally would be November 26th at “First Ontario Concert Hall” in Hamilton, and “Danforth Music Hall” in Toronto. To continue, she will be performing at Western Universities FOCO on September 28th which also includes performances by A$AP Rocky, A boogie wit a hoodie, and Tyga. I will be definitely trying to catch one of her concerts, and while you’re in the GTA, you should too. Tickets will be coming on sale this Friday, September 13th.

Poster was made by @justinkalexis

Newer Post“Donnie” from Prime Boys releases visuals for “From The Beginning”
Older PostHermitude Releasing New Album, and Performing at The Velvet Underground