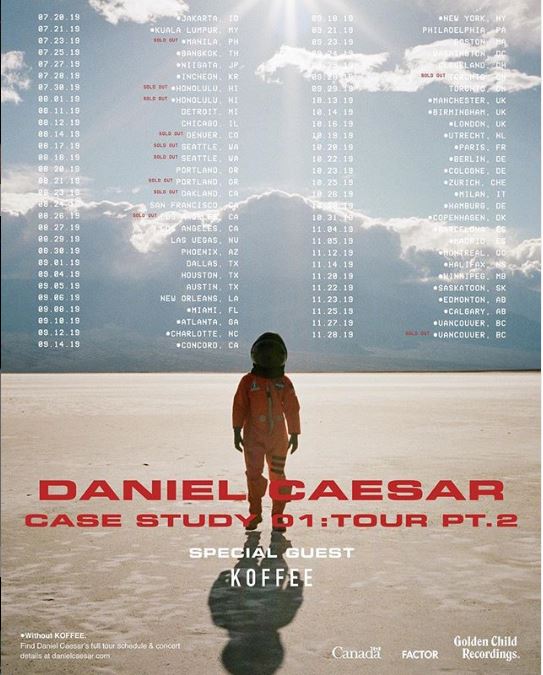 Oshawa’s Daniel Caesar is set to Headline back to back shows this upcoming weekend at Budweiser stage. Caesar is currently on his “Case Study 01” tour which features opening acts by Canada’s very own Charlotte Day Wilson and Jamaican native KOFFEE.

Caesar released his project “Case Study 01” back in late June which features his tracks “Cyanide”, “Entropy”, and “Superstition” which features John Mayer. His last album “Freudian” was released back in 2017 which brought most of his exposure to this day and includes his most popular track “Get You”.

As a loyal Daniel Caesar fan, this is a major jump from his past shows in Toronto. I still remember seeing Caesar opening up for Manifesto Festival back in 2016 which includes acts of Kaytranada and headliner Anderson Paak. Now Daniel is headlining his own tour in one of the biggest venues in Toronto while traveling internationally for his second tour. Crazy!

If you would like to buy last minute tickets to go see Daniel Caesar, the link will be below: