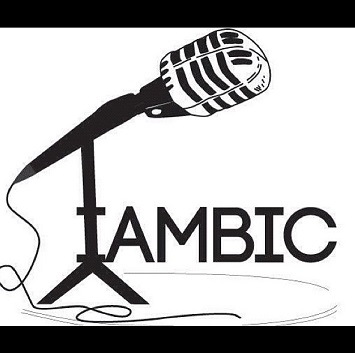 Check out the hip hop group Iambic as they are making waves in the Toronto music scene. The reason Iambic makes music is to offer self-expression and communicating it to the public. It’s a great form of art for them to share their thoughts and for you to understand and relate to their situations. We all know that music is timeless, not only will it help them share their story but the music they create will allow them to take it back in time. Although they are experienced, they take any kind of feedback from the audience that will help them grow together and take the proper steps to further their musical career. Every experience will make a milestone.

Iambic consist of 2 Hip Hop artists and an R&B singer. Here’s a little insight of who they are individually.

Tony Ofori – is a 22 year old multi-talented rapper that is born and raised in Toronto with 10 years of rap experience. Not only can he make music, he also graduated from Humber’s Theatre Performance program in 2011 and danced professionally for the motivational speaking dance group “Ill Skills”.His biggest influence is the revolutionary Michael Jackson.

Mauro Silva – Born in Angola but is raised in the DOT. Mauro is 22 years old and 6 years deep into hip hop. He started because music is a “reflection of ones self” and he wishes to tell his story. Whether it’s the good, the bad, the ugly, his goal is to reach those who he can’t touch physically but emotionally through his music and ambitions.

Brandyn McKinson – is a 21 year old singer and song writer from Mississauga, Ontario. He is the newest addition to the Iambic group. He also possesses other talents than his vocals. He trained at the Randolph Academy for Performing Arts. He enjoys acting and participates in the Toronto Art scene. His musical influences are Usher and Justin Timberlake who carry similar traits to Bradyn himself. 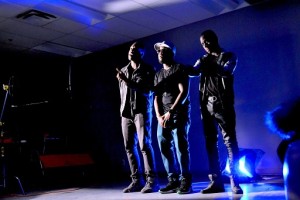 Iambic is the short form for the meter ‘Iambic Pentameter” (the most basic unit of measure in a poem). If you studied poetry you will know that it measures the syllables and the pattern of syllables in a line, from stressed to unstressed or vice versa. Their name is inspired by Shakespeare’s sonnets which are written predominantly in the meter iambic pentameter. It is a rhyme scheme in which each sonnet line consists of ten syllables.

Check out their latest mixtape #Goodsummer (free stream and download) 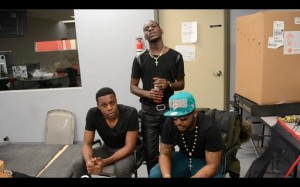