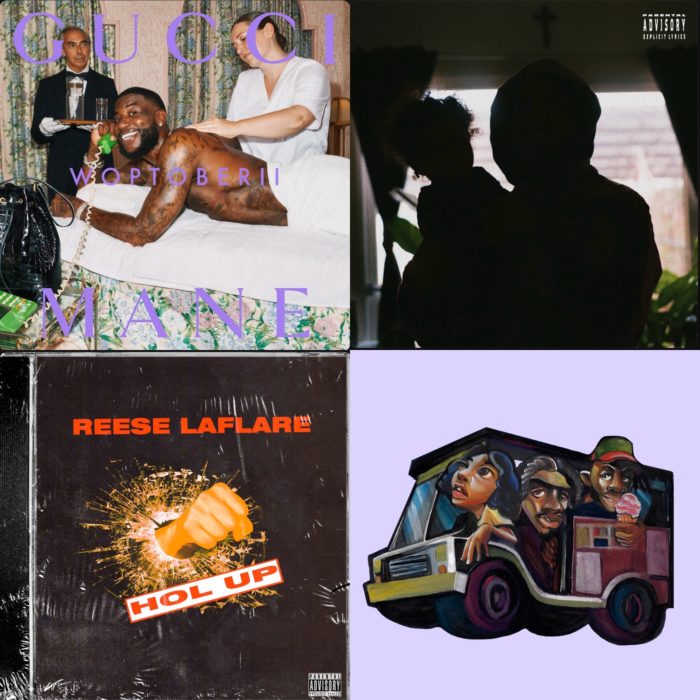 Wow, the week went by too fast, and luckily we were blessed with another week of great music. Here are some of the newest released drop on Friday:

The album that everyone was waiting for this week, Gucci finally releases “Woptober II” since his last project in June. For me, I am hit or miss with Gucci’s music but I generally do enjoy the songs he made on this album. As usual, Gucci always gets great features on his projects and in this case “Young Thug, Dababy, Megan Thee Stallion, Lil Baby, Kodak Black, Quavo, and Kevin Gates” were the big names on this album. To be honest, I don’t know what is my favorite track, they all had similar feelings and I think I struggled to find that one song I enjoyed the most. In the end, Gucci Mane is Gucci Mane and you can never get enough of his music.

Always great to see Eli Sostre is continuously putting out music, the man doesn’t stop grinding and it shows how dedicated he is to make it big. The album is like any other Eli Sostre project but there are a few songs that stand out. “Come Thru”, “LML” and “Can’t have both” are my favorites. The tracks listed have the typical Eli Sostre sound but just hit me differently, maybe it’s because the instrumentals or the flows but they are all very catchy. All in all, satisfied with this album and hope Eli starts collaborating with more New York artists in his region.

I’ve been a big fan of Reese since hearing “Money phone” which was released back in 2017. His newest singles are very trappy and hype, so definitely a song that would be blasted in the car with your friends. I’m surprised Reese has not had more features with bigger artists this year, he’s got the perfect sound that would fit on majority of the biggest tracks of 2019. The next step would be seeing him collaborating with more artists before the end of the year.

This track was very different but at the same time showed us the opportunities there will be with this collective. It was very interesting seeing Saba and Smino on a track together, it is one of the reasons why I decided to give this track a listen as both are on my radar for being my favorite artists at the moment. The track itself is giving me some Dreamville “Revenge of the Dreamers III” vibes, the flows and the beat are different and unique. Overall great track, I want to hear more collaboration with all these artists, I feel like there is a huge opportunity in the future for all of them.

Newer PostWho Is Christian Alexander, and Why Is He The Next Breakout Artist
Older PostAnders’ New Track With Rick The Kid is a Must Listen