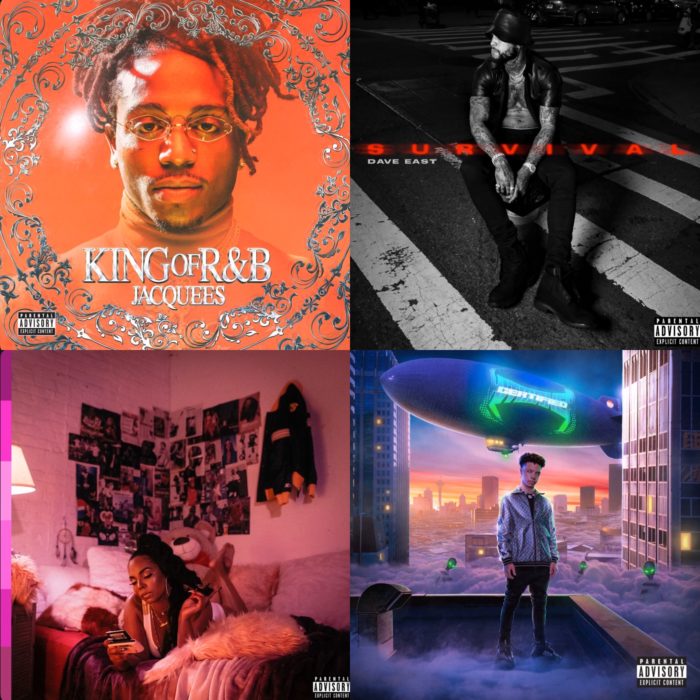 Wow, it’s the end of the weekend and you know what that means. Well of course, it’s “New Music Friday” and this week features Jacquees, Dave East, Tory Lanez, Lil Mosey, and more.

Let’s get into what projects were the best for this week:

Georgia’s R&B king, Jacquees went off on his newest project “King of R&B”. The features on this project are off the charts, consisting of Young Thug, Gunna, T.I., Tory Lanez, Quavo, Summer Walker, Future and many more. This will definitely be a constant play on my playlist and my favorite songs are “Verify”, and “What They Gone Do with Me”.

To be honest, I was very surprised at how this project turned out. I really had no expectations other than the fact that I’m a big fan of Dave East. The whole project is pretty solid, obviously, the song that caught my eye immediately was “Godfather 4” featuring Nas because it features the NYC legend Nas. I think the song that lacked the most consistency was “Everyday” featuring Gunna. In my opinion, that song didn’t flow properly, although Gunna usually is a master at executing features.

Oh am I ever excited for CHIXTAPE 5, this was definitely a perfect way to set expectations for the project. Tory and T – Pain killed the collaboration and I can’t express enough how much hype there is on the project. I think you guys need to listen to the track, it speaks for itself.

I use to be a big fan of Lil Mosey, but over the past year, I’ve had mixed feelings on his new releases. For me, I had no expectations on this project but not gonna lie I did somewhat enjoy it. Of course, a lot of the songs I did feel as if they were repetitive but my favorites were definitely “Bankroll” featuring AJ Tracey, and “G Walk” featuring Chris Brown. These two songs had an entirely different mood than most of the track on this album, and for this reason, were the songs I added to my playlist. Overall, it was an average project which I definitely had no complaints about.