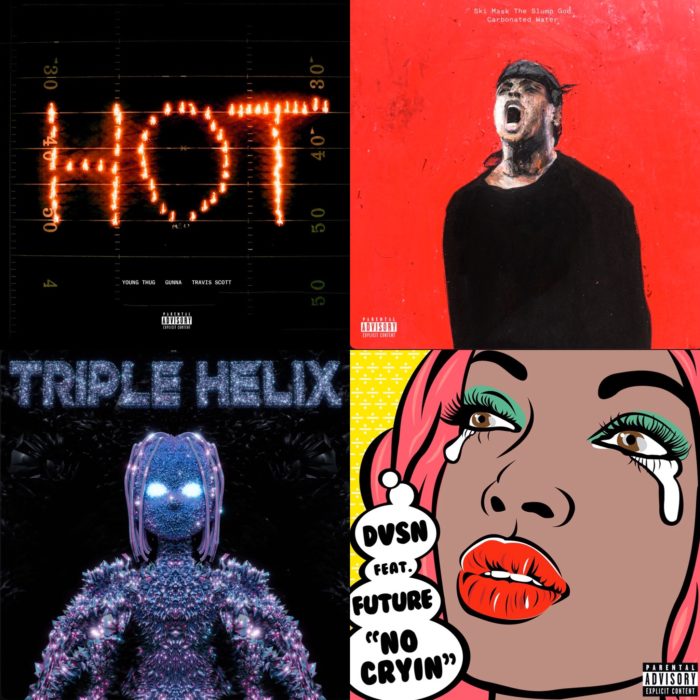 Another week coming to a close means another Friday with new music.

This week was great for the hip hop community, and here are the songs you should listen too:

This track was already popping and now it’ll probably one of the better remixes released in the past couple months. Travis has killed his feature game, and he murdered his verse on Young Thug’s “Hot”. Definitely a must-listen for mainstream music.

Killy releases his newest single “Triple Helix”, and in my opinion, I’m kinda disappointed on the track. It sounds like any other Killy song and I didn’t find it really intriguing. If you are a Killy fan, I wouldn’t be too impressed.

Ski Mask once again releases a fire single called “Carbonated Water”. The song sounds somewhat similar to Smokepurpp’s “Audi’s” but Ski lyrics and flow made this trackway more enticing. This will be one song that I would love to see live, with the energy Ski brings at his concerts.

I really like the collaboration between Dvsn and Future, the vocals of Dvsn and the melodic side of Future really remind me of a similar style to Ty Dolla $ign with his layers on his vocals. Imagine if Ty was on this track, this would have been a Summer vibe. Overall, great song and I hope we see more from these two.