New Breedz Generationz presents Toronto hip hop artist Sony Tha Beast releases his brand new album “Anything Is Possible (Just Tha Beginning)“. The project starts with a brief skit accompanied by a hot verse. The first full length track is a classic single previously released produced by Street Empire MG entitled “Where Were You” and is about his come up and wondering where some folks were when he was struggling. The title of the project mirrors the grind of Sony Tha Beast letting his fans know that anything is possible if you’re willing to work for it and that this is only the beginning. The album features many hot street records such as Tha Block Ain’t The Same, Oh You Mad and his lead single That’s So Sad. Check out the music video below.

The 15 track project allows Sony Tha Beast to shine from start to finish since it features one other artist “Dadon Money” in two of his records on They Are Hating and Businessman. He is definitely doing big things and making it happen by setting an example that you need to put the work in. His album is available for purchase through iTunes and Amazon, so be sure to support him and purchase a copy. Don’t forget to connect with him today! 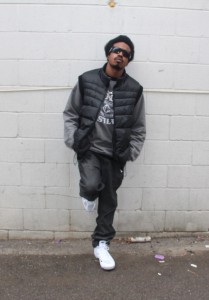