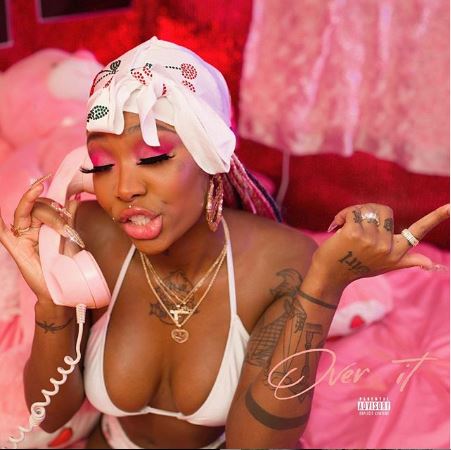 This past Friday, Atlanta’s Summer Walker officially released her album “Over It”.

There was a lot of hype surrounding the album, as over the past year Summer Walker had blown up with tracks such as “Girls Need Love” featuring a remix with Drake being her most popular track while songs “Riot” and “Playing Games” not being too far behind.

This album was what the R&B scene needed, as there are just three months before the end of 2019. Summer came in strong bringing in features from “Bryson Tiller”, ” Usher”, “6lack”, Toronto’s very own “PartyNextDoor”, “A Boogie Wit a Hoodie”, “Jhene Aiko” and of course “Drake”. Personally, there was not one song on this album that I did not enjoy, each piece had its own feelings and mood which made the album so balanced. To continue, to get features from the list of artists named previously is just surreal. I do not know many R&B artists as of recent who have had such a deep roster of features for just their second album.

Of course, I do have a few favorites on this project, personally having “Come Thru” and “Like It” favored higher than other tracks on this album. Currently, Summer Walker’s album is rated #2 on the TOP albums chart, while projected be ranked number 1 on Billboard via @hotnewhiphop. I’m happy to see Summer finally get the credit she deserves, I remember scrolling on youtube finding her music around a year or two ago and she’s come a long way.

What do you think? Do you believe Summer’s album “Over It” deserves R&B Album of the year? Let us know your thoughts via Instagram or our email.

Summer’s album will be in the link below if you have not checked it out yet.

The photo was taken by @ro.lexx