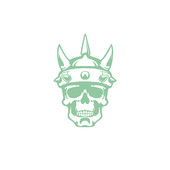 I’m a Canadian Hip Hop enthusiast so whenever I lay eyes on a new record I just have to get it. Yesterday while playing a game of pool in my basement, I decided to pop Swollen Members’ new album “Brand New Day” into the ol’ boom box. Man I was impressed. In this album, The Swollen Members consist of their regular duo rappers Madchild and Prevail both from Vancouver. Also producer Rob The Viking joins the duo on this fast paced and energetic album. I enjoyed the fast paced beats combined with Madchild and Prevail’s styles of rapping. Standout songs from this album were:

1. Brand New Day: In this track Madchild and Prevail rap about life’s struggles and how we have to keep going. They also talk about how rap has helped them. This song is one that will bring your mood up. Combined with a nice happy beat this song is a killer.

2. Cock Blocker: This song has a great guitar tune to it in the background. Madchild starts off rapping about how he’s all about anarchy. He raps about his biker gang days and how tough his rhymes are. Prevail then goes onto rap about how boss The Swollen Members are. He then goes onto say how guys diss Canada and really piss him off. Prevail finishes by rapping about what he’d do with those punks. Madchild takes the last verse in this killer rap and talks about how no one can beat him in the game. He also talks about his craziness and how he’s a reckless rapper who’ll never back down. This song has a killer beat kinda reminding me of The Insane Clows Posse. The hook done by Madchild totally kills it.

3. Supernova: In this mysterious sci-fi like song The Swollen Members are joined by California’s Dj Revolution. Prevail starts the song off by rapping about outer space and what it’d be like up there. He talks about how he’s the ultimate space explorer. Madchild ends the song by rapping about how in the future he will be in outer space. He talks about how he will be smashing droids and asteroids. A mysterious song it will give you a weird feeling while you muse about the universe.

Overall this album was a hit. The beats were crucial in providing a great experience. Madchild and Prevail did an amazing job accompanying the fast beats. Kudos to the Swollen Members!