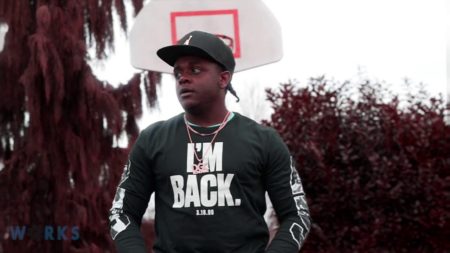 Toronto’s Roney drops his second album of the year displaying underrated talent on the rise. At just 24 years of age, it is no doubt that he has hustled over the past few years, with already seven albums released, the first titled “Don’t Sleep The Mixtape” coming out when he was just 17 years old.

In his newest album, you can expect seventeen songs of hard, real-life struggles Roney has gone through throughout his life. With these struggles, you can find deep and meaningful bars that help him tell stories in tracks such as “Tyke” and “Forget About Me”. Saying this, Roney’s aggressive and gangster-like flow comes in hot on tracks like “Versatile Freestyle” and “Commas”. I also want to highlight and emphasize how much of a role the production was on this project. The beats perfectly complemented the overall sound that was produced and helped to really speak to us as listeners.

Overall, I highly recommend this album to anyone who enjoys Hip-Hop projects with meaning and talent. His gangster-like, upbeat flow matches that of names like Meek Mill and Rick Ross. Nowadays I find it’s uncommon to find the raw talent Roney possesses because upcoming artists are all using the same sound and flow, but Roney has stuck to his roots on this new album and dropped a super hot project. Living up to the title of the album, Roney has proven that he is a versatile artist with his fast-paced gangster flow, his smooth melodies on tracks like “Shordy” and various instrumentals.