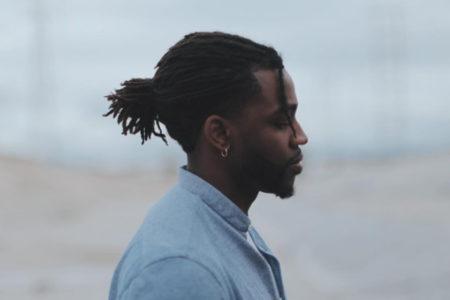 With an undeniable talent in american styled R&B music, Yo Trane was born in France and instantly fell in love with American music early on in his life.

With his newest release “Waves in the moonlight”, Yo Trane only has one feature on “Shine Like Beyoncé” with added vocals from Lil Baby. For the most part of this album, you can expect him to bring smooth melodies and a very lofi type style with his voice and production.

I stumbled across Yo Trane back in 2017 while he had only his first album out “Late Night Drive” which I was instantly attracted to with his individuality and different sound at the time. As he mostly sings slow R&B type tunes, he also mixes in some fast paced rapping in his new album with songs like “Ghost” and “Clouds”. With an amassed 67.7k followers, he is starting to get more of the recognition he deserves.

With two amazing albums in his repertoire, the future is looking bright for Yo Trane, and fans including myself are excited to see what he is working on in the near future.