Toronto ON – Talksick of The SARS Network drops a brand new music video entitled Dungeon Rap and it features TRA (Tha Rhyme Animal). This is a dope hip hop record consisting two Toronto lyricists in a verbal beat down. This record is off of Talksicks upcoming album The Weapon which is due for a release on March 18, 2014 and the album is produced entirely by The Quarter Inch Kings. The music video was shot & edited by Lyme Lyte Video. Be sure to check this out below and let us know what you think. 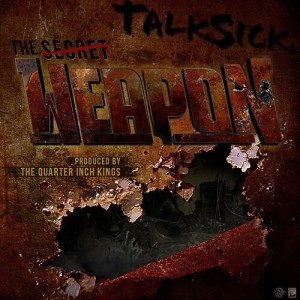