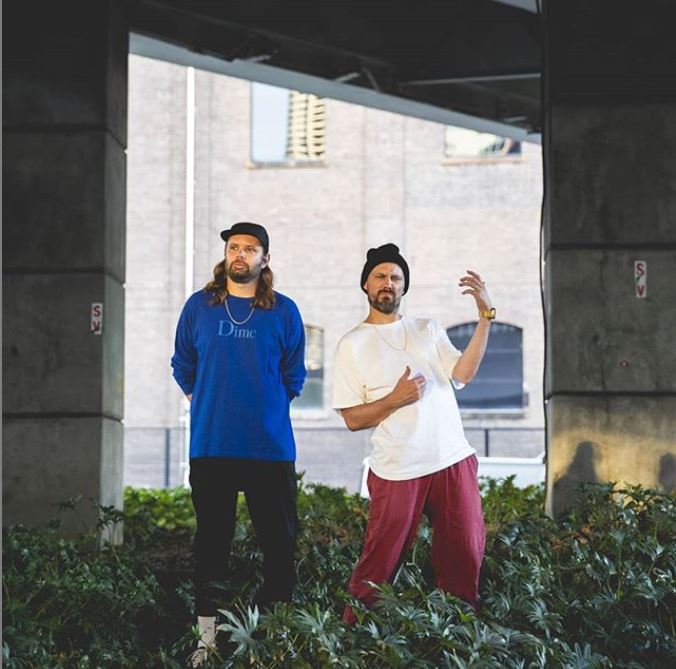 While being in the music industry, the media praises artists who have talents to create different sounds and styles of music. A great example of such capabilities is the Australian duo Hermitude. The boys from Hermitude originally formed in the early 2000s, where their first project displayed hip hop and groovy tunes. Over almost two decades later, the Aussie’s are releasing a new project called “Pollyanarchy”, where some of today’s biggest hip hop artists such as “Vic Mensa”, “Buddy”, “Vory”, and “BJ the Chicago Kid” are featured. Pollyanarchy is set to release September 27th, with over 11 tracks to be included.

The reason why I am writing about Hermitude is for the reason that in today’s hip hop, instrumentals are developing and constantly changing. From rapping over a mix by a DJ to full production with a sound team, hip hop has developed into a multi ranged music genre. With that being said, I would not be surprised if we see future hip hop have influences from styles similar to Hermitude. Currently, in the UK, producers such as SG Lewis and Mura Masa are changing up the style of music in that scene. Therefore, I believe in Canada’s hip hop scene producers will begin to expand and have an influence on artists such a Hermitude, SG Lewis, and Swizz Beatz.

All in all, Hermitude are pioneers to the electronic hip hop scene and are bound to make a bigger influence in the North American Region. If you would like to see the Aussie duo live, they will be performing in Toronto on September 14th at “The Velvet Underground”.

Photo was taken by @ColeBennetts

Newer PostBülow releases Canadian Tour Dates For Her “Own Me Tour”
Older PostTory Lanez, Jessie Reyez, and Tainy Drop Their Newest Track “Feel It Too”