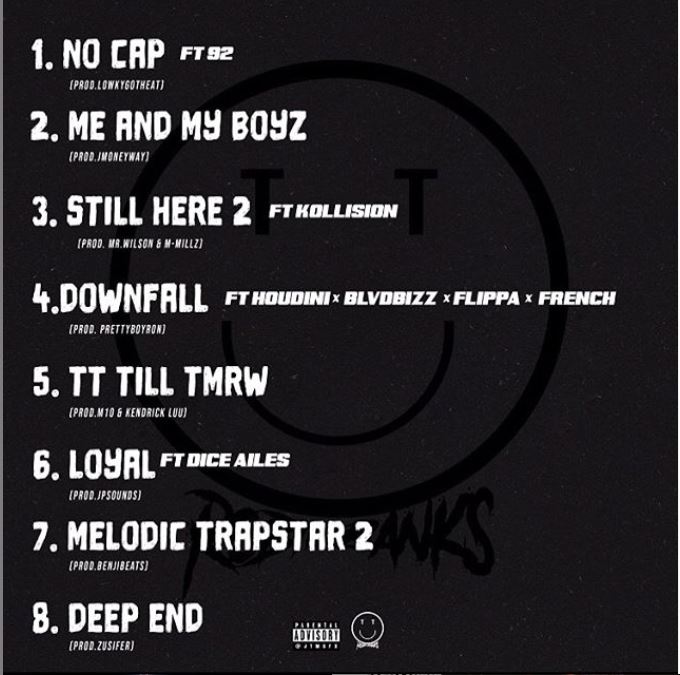 On September 3rd, Robin Banks released a photo of his upcoming tracklist for his new album. Song lists include “No Cap”, “Me And My Boyz”, “Still Here 2″, Downfall” featuring Houdini, Blvdbizz, Flippa, and Houdini, ” TT Till Tmrw”, “Loyal” ft Dice Ailes, “Melodic Trapstar 2”, and “Deep End”. The most recent project he had released was over a year ago with “Still Here” back in 2018. What tracks are you most excited to hear? For myself, “Downfall” will be on my radar for sure as I am a big fan of Houdini.