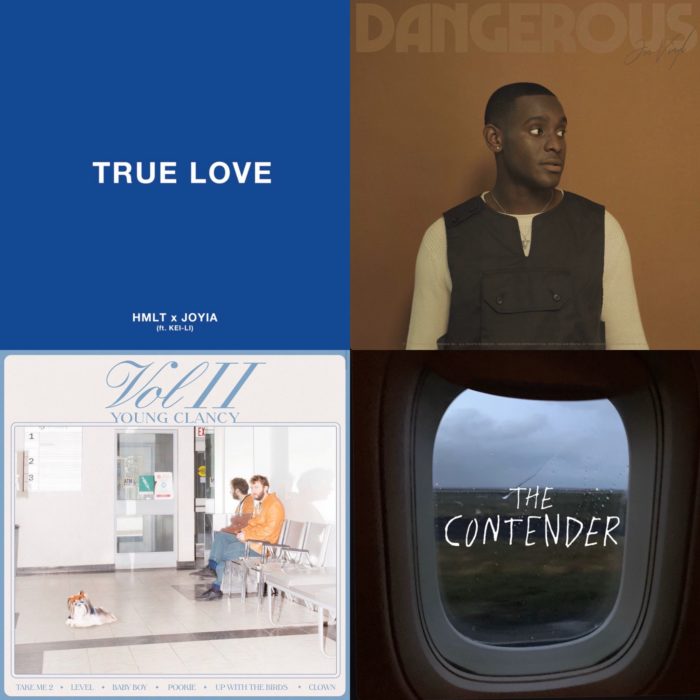 October 4th was a great day for music coming from Toronto. Four artists I have been introduced too or kept an eye on have released great pieces of work.

Friends of CanadianDope, HMLT & Joyia have been on a roll releasing music back to back weekends. The Toronto Natives released “True Love” which is a soothing/calm track that displays loads of talent. The song features a good friend of HMLT and Joyia, Kei – LI, who has worked on previous tracks with the two prior.

Pickering’s Jon Vinyl announced last week his EP would drop at the end of the week. The EP is called “Dangerous”, including three tracks including “Dangerous”, “N29” and “Sundays” featuring Loony. Funny enough “Sundays” was co-produced by HMLT and is this most popular song on the EP. Overall I found it being a relaxing project that is definitely a weekend bop, hopefully, there will be visuals to one of the tracks in the near future.

Toronto’s hub for music is unreal and I’m very grateful for that. It’s funny but I would never have found out about Young Clancy if it weren’t for fellow Toronto artist Chris Larocca. I stumbled upon one of Chris’ Instagram stories promoting Clancy’s newest EP and decided to give it a listen, and I was not disappointed. There is not really any other comparison to Clancy’s music on this project, I find it very distinct and the only other person who comes to mind is River Tiber. His music is primarily synthed based on an alternative/rock sound which makes him different from the majority of artists in the alternative industry. Besides the fact his sound is very different, I was very refreshed when I heard his music and definitely will keep my eye on his future projects.

“The Contenders” EP by Bulow

Bulow, Bulow Bulow, oh do I ever love the music you are releasing. The German artist just left to start her new tour but was generous enough to provide some new music for her fans. This EP compared to others was pretty dark and emotional. The first track “Own Me” felt as Bulow had a chip over her shoulder and was releasing her anger but in a badass way. The EP did include her most recent single “Boys Will Be Boys”, which is another great song she recently released. I think the EP has mixed emotions for fans, I felt as if I was kinda confused where my mood should be while listening to the project, but other than that individually, I did enjoy each track.